One of my favorite things to photograph is waterfalls, and I'm lucky enough to live in Michigan's Upper Peninsula where there are hundreds and hundreds of waterfalls.  Fortunately, the Hungarian Falls Nature Area is just up the road from me, so it's one of my most frequented places to capture waterfalls images.  Once I started photographing with large format 4x5 film last year, it was only a matter of time until I visited one of my favorite locations.

A late arriving winter in 2020 meant I was able to visit Hungarian Falls in early December before the deep snow came and the waterfalls froze over.  We did have some snow on the ground to provide a nice covering, and the falls were starting to freeze up as winter began to set in.  Luckily there were nice ice formations in the pool below Middle Hungarian Falls to provide some foreground interest. 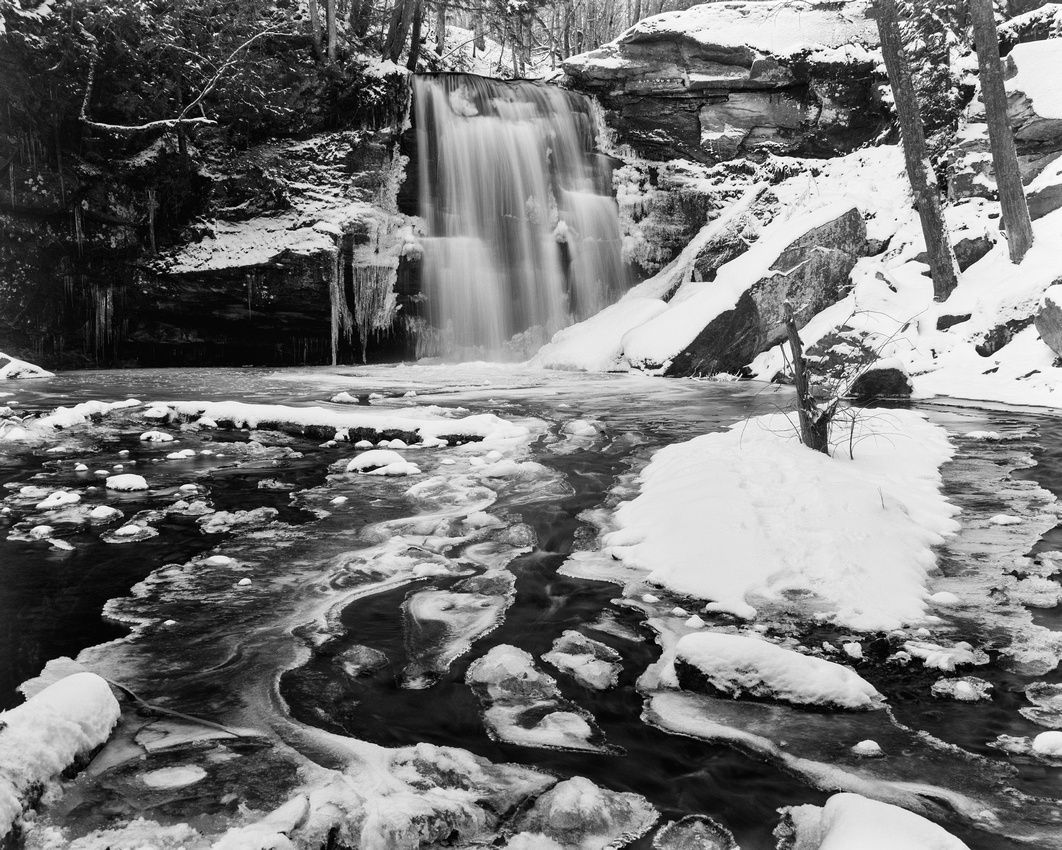 Recently, in the Spring of 2021, I visited Upper Hungarian Falls.  I waited until late May for the Spring foliage to arrive and until we had some decent rainfall so the falls were flowing nicely.  It also happened to be a cool 40 degree morning which meant the mosquitos weren't the nuisance they can be this time of year. 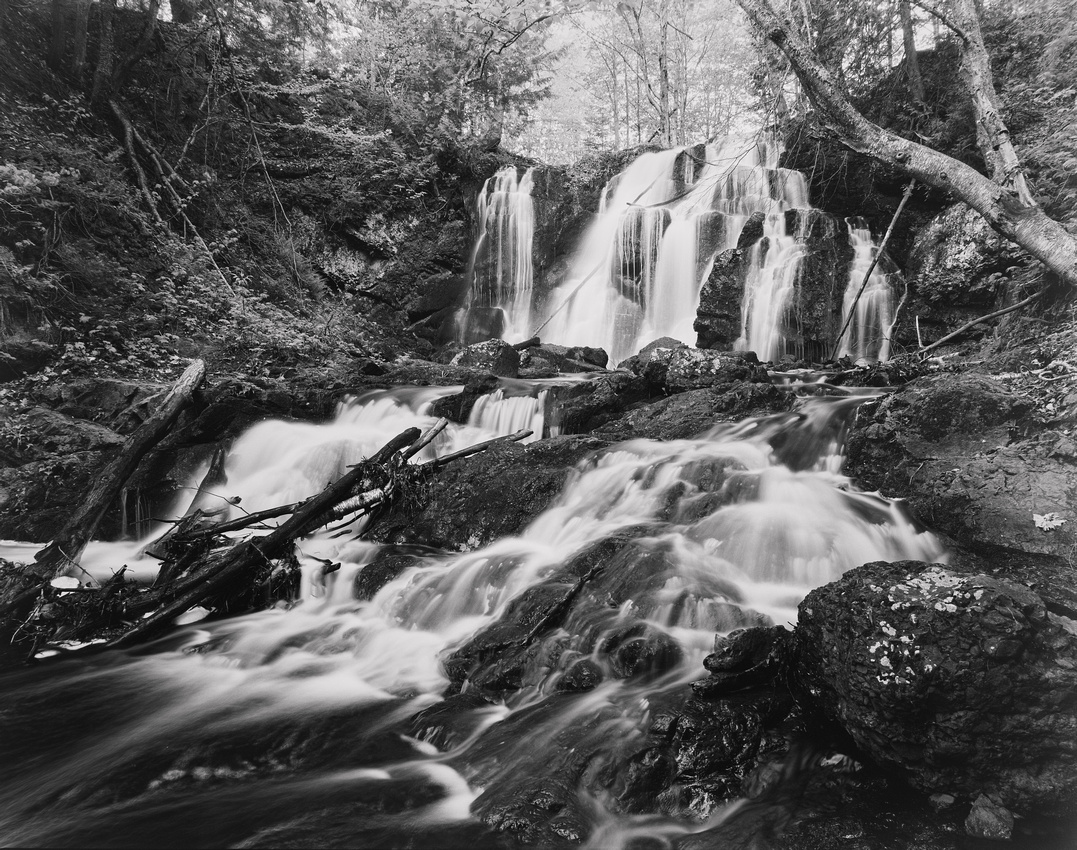 Before leaving, I stopped by Middle Hungarian Falls for a composition I had in mind.  Along the upper bank of the river near the middle falls is a large White Pine tree that acts as a natural frame of the waterfall.  I've photographed the middle falls from this spot before and it makes for an interesting and unique image. 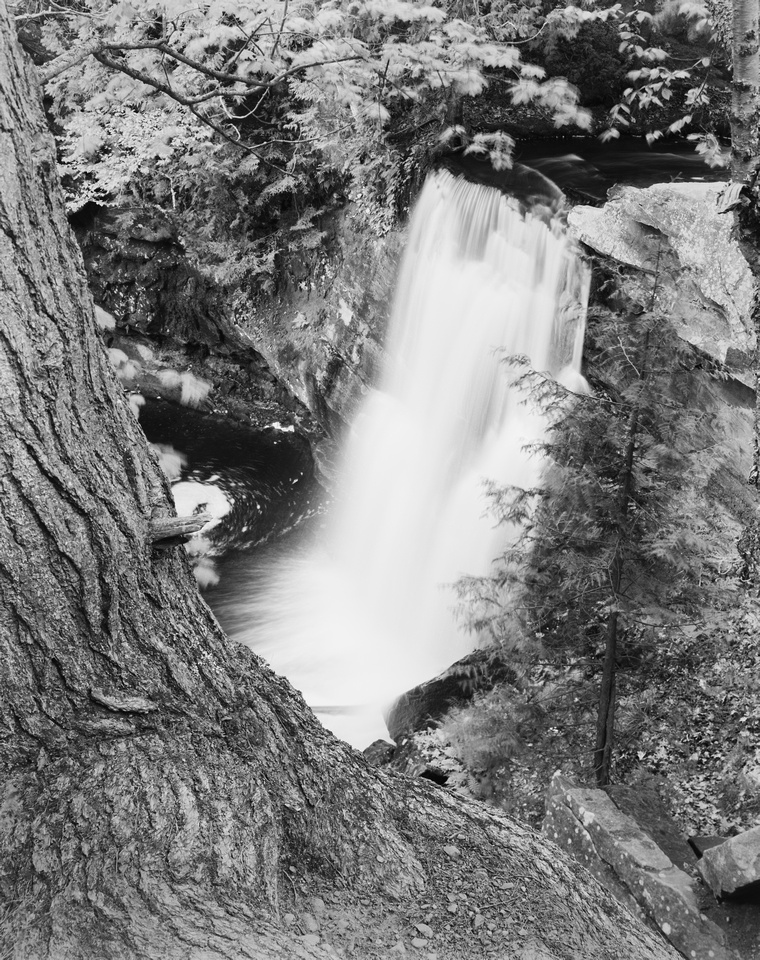 Above The FallsA view from above of Middle Hungarian Falls.

Middle Hungarian Falls, from above