In 2020 I decided to take the plunge and get a large format 4x5 film camera.  Film photography seems to be going through a bit of a resurgence right now, and I suppose I've been caught up in it, but it's something that's always been intriguing to me, but also intimidating at the same time.  This is not meant to be a comprehensive guide to large format, but rather some of my general thoughts and observations after doing it.

Making a film image is a very deliberate and slow process, with many chances along the way to make mistakes that can't be fixed.  Setting up and taking the shot is very much process driven.  This deliberate nature of large format appeals to me because it forces you to slow down and really focus on your composition, lighting and settings.  Those are things that can only make you a better photographer.  On the other hand, this process presents many opportunities for mistakes and with 4x5 sheet film not being cheap, that's something that gave me pause.  It turns out my apprehension was misguided and I quickly gained confidence in the process after a few images.  It's fairly straight-forward and intuitive to any photographer but does require your full attention to avoid simple mistakes. 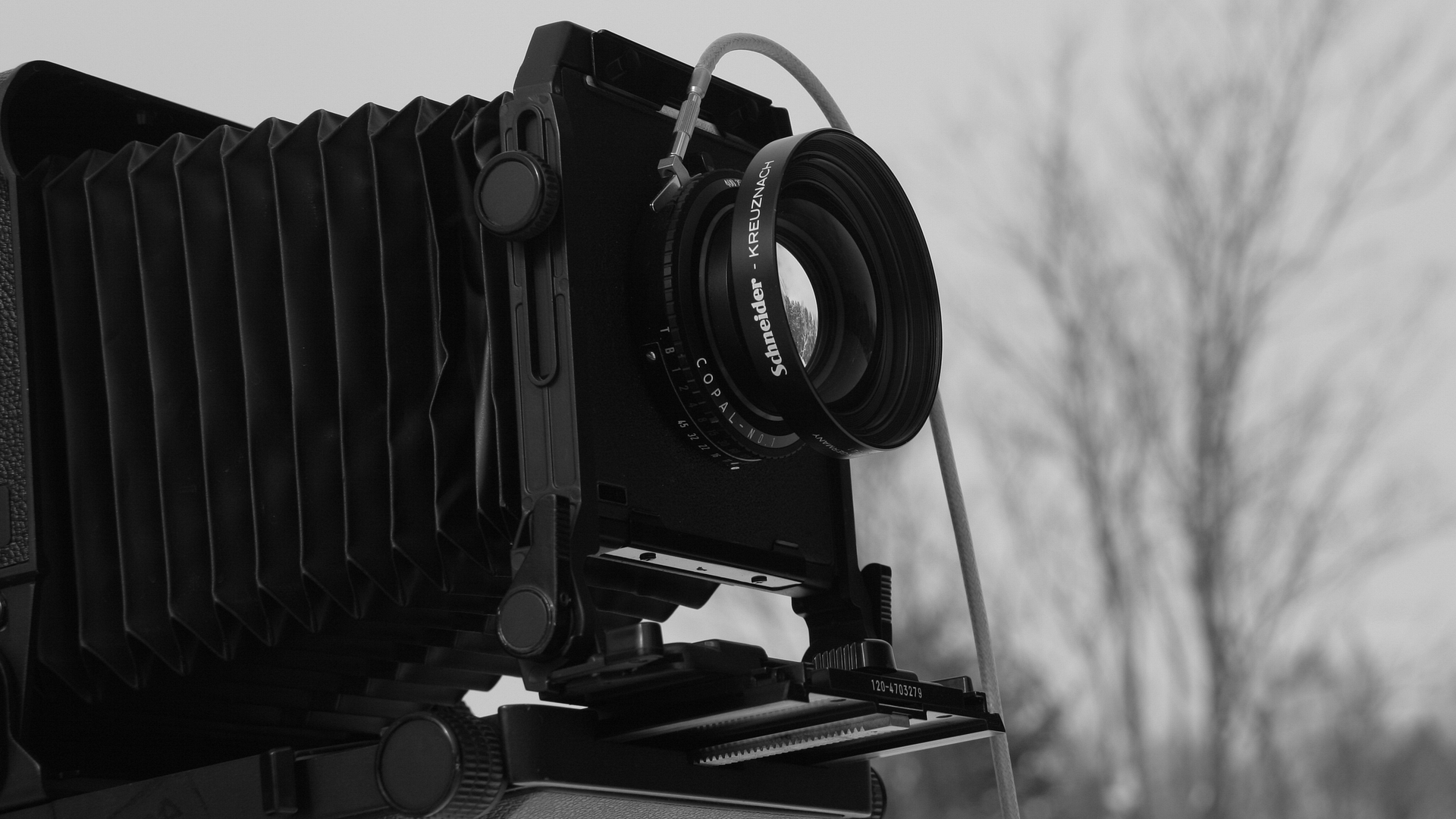 I started out by shooting black and white film because I got a box of expired Ilford Delta 100 and Fomapan 400 included with the camera.  Since black and white film is easier to develop than color negative or slide film and I was using expired film, I decided to try developing it myself.  Developing film was another area that gave me pause because it seemed complicated with chemicals involved and being yet another step along the way to make a mistake.  I don't have access to a darkroom nor the space to build one, so I knew I would have use a tank development system.  After some research, I decided that the SP-445 processing system by Stearman Press was the way to go.  It's relatively inexpensive and uses very little solution making it quite economical.  Much like taking the image, developing the film is also a process.  It's very much like following a recipe with a set order of chemicals, temperature and time to follow, with allowance for variations.  I've found the SP-445 very easy to use and have had good results so far with my own developing.

So now I have my film negative - what's next?  Since I don't have access to a darkroom, I can't make prints.  That leaves scanning to get a digital version of the negative.  Instead of purchasing an expensive Epson scanner for scanning large format film, I decided to try DSLR scanning since I can just use my digital camera.  I use my Panasonic S1 mirrorless camera on my tripod pointed down at a lightpad to take a picture of the negative.  A copy stand would be better to use, but I don't have one.  One of the keys to DSLR scanning is to have the film negative elevated and held flat above the light source.  I found a great product called the pixl-latr that holds the film and diffuses the backlight to allow for easy digitizing.

There's no better time than now to get into large format film photography.  There's a wealth of knowledge and videos online to learn from and used equipment is plentiful, though prices have been going up with the renewed interest.  The UK company Intrepid Camera provides an inexpensive option for those looking for a new camera.  Tank development systems by companies like Stearman Press and Jobo makes home development easy without the need for a darkroom, and products like the pixl-latr make digital scanning easy without a dedicated scanner. 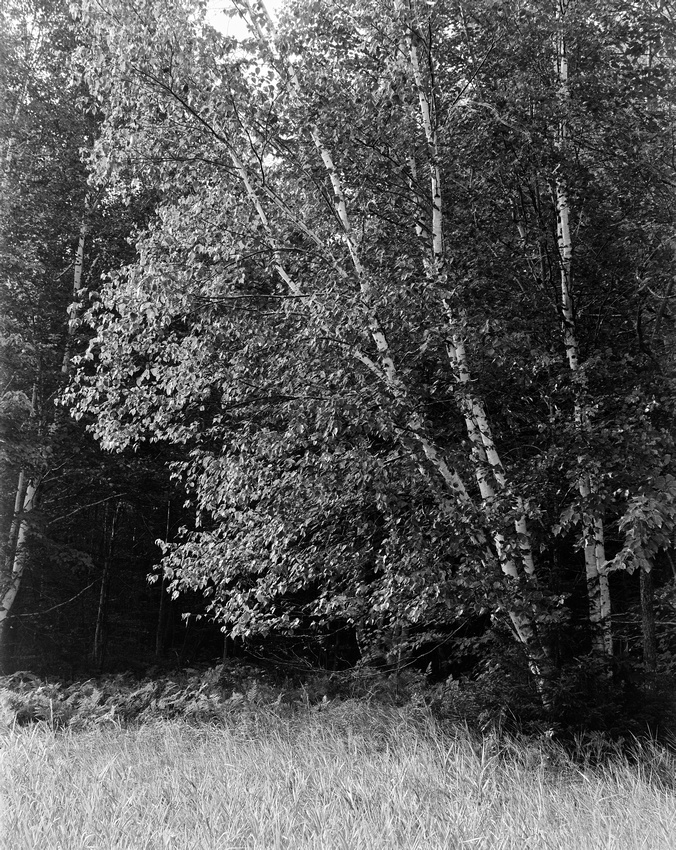 My first 4x5 image, a birch tree in the morning sun in early Autumn.